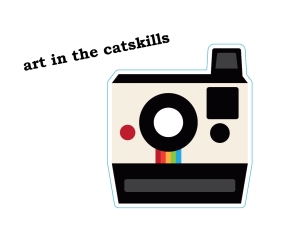 The Center for Photography at Woodstock (CPW) was founded in 1977 to exhibit and support photographic art. It was only in the 1970s that the photographic imagery was accepted in the mainstream media as conceptual art, and was included in museum and gallery exhibitions. Since the 1970s, CPW has been presenting exhibitions, and offering workshops and residencies to artists interested in photography. The center organizes a monthly salon for photographers held on the second Tuesday of the month. Since 1980 CPW has maintained an extensive print collection, currently on loan to the Samuel Dorsky Museum of Art at SUNY New Paltz.

I spoke with Ariel Shanberg, the executive director of CPW.

Simona David: Please, tell us a little bit about your job at the center.

Ariel Shanberg: I am the executive director, and help oversee the CPW’s kaleidoscopic mix of programs, and services that are provided through this artist’s center not-for-profit.

SD: For how many years have you been holding this position?

SD: The center was founded in 1977 by Howard Greenberg and Michael Feinberg. Let’s talk a little bit about the founders, and what motivated them to open this center in the late 1970s.

AS: CPW was then established as the Catskill Center for Photography, located in Woodstock, a community well-known for its legacy of art making, dating back to the early days of the 20th century, when the Byrdcliffe art colony was founded. A group of photographers led by the likes of Howard Greenberg and Michael Feinberg and others felt that there wasn’t a place for photographers to be given this sort of respect, and have their needs met as creative practitioners. Photography at that time was still seen as a utilitarian form, as a technical practice, and not necessarily as an art practice. Their response was to create a space – an artistic home for photographers. This is something that was really happening across the country in major cities like San Francisco, Houston, Charlotte, North Carolina, throughout the 1970s in line with the Civil Rights and the women’s rights movement; you had artist-run spaces emerging – this kind of we’ll do it for ourselves, and can do attitude.

SD: How has this space grown over the years? I know you have a traditional black and white dark room, but also a digital photo lab, a library, as well as the exhibition space.

AS: CPW has definitely grown over its nearly four decades. I’m happy to say that the black and white dark room that was one of the first services we provided is still very much used today. We have someone traveling from the Albany area to work in our dark room for a few hours this afternoon. Our programs have grown to meet the needs of those who aren’t served. In 2009 CPW established a Photographers’ Fellowship Fund, which is a regional grant that supports photographers and artists working in photography who live in upstate New York. To date it has given over 76,000 dollars to over 85 photographers. It’s a 2,500 dollars fellowship award which the recipient can use to pursue their creative practice however he or she may deem fit. It can be used to buy new equipment, to travel to a place where they want to take photographs, to pay for building expenses, etc.

SD: Let’s talk a little bit about the submission process.

AS: The deadline is in mid-September every year. We will be announcing the guidelines and who the juror is this July. Every year we invite one juror to look at the submissions. This is the only CPW opportunity when we welcome photographers to submit original artworks. Normally our submission policy is to present digital submissions on a thumb drive, DVD or a CD. But for this opportunity we really want to encourage applicants to submit original works.

SD: Is this fellowship open to established photographers only?

AS: You don’t have to be a professional photographer. One of the unique things about CPW is that we’re really dedicated to nurturing and supporting emerging photographers. We want to be there at the beginning of people’s career. For many recipients this is the first public recognition of their work.

SD: CPW also has an internship program. Let’s talk about it.

AS: Our internship program is something very near and dear to my heart. I first joined CPW, as I said, as an intern in the arts administration program. We have interns in high school age, college age, graduate school age, and adult learners who continue to grow their passion. Our interns work with us three days a week for a period of a few months, and they get to have an incredible hands-on experience with our classes and lectures, exhibitions, collection management, and digital lab. We have an extensive print collection partially stored and kept at the Dorsky Museum in New Paltz.

SD: This is a great opportunity for future gallerists and curators, I imagine.

AS: Absolutely. And artists too. There is definitely a professional component to being an artist today: meeting deadlines, being organized, seeing the behind the scene operations at such a venue, is a very empowering experience.

SD: You also have a residency program. How does that work?

AS: Since 1999 CPW has been providing residency opportunities to artists of color who work in photography and related media. We specifically work to support African-Americans, Caribbean Americans, Latinos, Asian Americans, and Americans of Middle Eastern descent to make sure that there is a diversity, and the living legacy of art practice that exists in the Catskills and the Hudson Valley is continuously enriched with the diversity of perspective. We’ve worked with over 104 artists through this program. They come for a period of three to six weeks, and are provided with 24/7 access to the facility, and critical and technical support. They receive an honorarium, and food and travel stipends. And they have the ability to use the equipment and produce new work. We host eight residencies per year.

SD: What are the requirements for becoming a resident artist?

AS: We announce a call for submissions every year in December. The deadline is the last day in February. A selection panel of three professionals, who often include a former artist in residence or two, is formed to help select the incoming artists.

SD: Let’s talk about some of the workshops CPW will be offering this summer.

AS: This is our 30th year of hosting workshops, and we bring in some of the best known names in the field, including Mary Ellen Mark, Brian Ulrich, and Bobbi Lane. We tap into the tremendous resources of artists, photographers, and educators who live in our area, including the likes of Joan Barker, Jill Skupin Burkholder, Dan Burkholder, Carlos Loret de Mola, Craig Barber, Tom Delooza, and others. We have classes for beginners such as Intro to DSLR Photography, and Introductory Photoshop, as well as classes on hands-on processes like Encaustics in Photography, Palladium Printing, and Introductory Wet Plate Printing, among others. We really cover the gamut of photography history from the mid-1800s straight up to how to create GIFs animation files – the very latest and cutting-edge.

AS: We do. Photography is such an exciting medium, and it has so many different facets: the fine art side, the visual storytelling side, the documentary news making side, as well as abstraction, and beauty. Food photography is probably one of the fastest growing areas, and we’re very fortunate to have Phil Mansfield, who is the staff photographer at the Culinary Institute of America in Hyde Park, lead this one day workshop in late September.

SD: We’re talking about photographers who may be working on books, or for magazines, or just making high quality prints.

AS: Absolutely. Our programs cover everything. Another part that is important and makes our workshops unique is the tremendous landscape and environment we’re in. The Catskill region and the Hudson Valley play an important role. We have a number of workshops that take advantage of the landscape and the outdoors, and the historical visual tradition of art making in our area.

AS: We have two great opportunities for teens this summer. In July Jeanette Rodriguez-Pineda is leading a class called Teen Camp: DIY, Old School. The teens will learn about cyanotypes, and old prints, and learn how to print on fabric, photosensitized alternative surfaces, like bags and shirts, and skateboards. In August Elizabeth Unterman will lead a workshop on contemporary digital photography. We provide students with Canon DSLR cameras which they use for the week, and then the four-day camp is tapped off with a slide show presentation and a small exhibition by the participants. The programs are designed for teens between 13 and 17.

SD: Let’s talk about CPW’s exhibition space, and what is currently on view.

AS: Our exhibitions focus on emerging artists. We have two galleries. Our main gallery is traditionally used for group exhibitions curated by our staff, or other creatives we invite from across the country. We do an annual juried show called Photography Now. This year’s installment was juried by David Bram, founder and editor of the online publication Fraction Magazine. We received 500 submissions, and ten artists were selected. Each year we bring a different juror, and it’s always fascinating to see their take on photography.

In our smaller gallery we traditionally show solo exhibitions. Photographer Rachel Papo, who is an American-born Israeli photographer currently living in Berlin, spent about two and a half years living in Woodstock, from 2011 to mid-2013. During that time she became enmeshed with and intrigued by the home-schooling community in our area. As a photographer Rachel has always been interested in transformative stages during youth. She’s photographed boy bands, young Russian ballerinas in school in St. Petersburg, and women in the Israeli army, an experience she had herself. Her project Homeschooled focuses on the perspective and the experiences of the young boys and girls who are being educated at home. Everything from their private rooms to the way the kitchen or the garden could become the classroom, and their relationship to the environment and the surroundings provide in-depth views into a world that is both private and highly contested, debated, but not clearly understood. It’s a beautiful series of images. There are eighteen photographs in this show; they’ll remain on view through June 14.

SD: Ariel, May is considered National Photography Month. What are some of the trends that you see in photography today?

AS: One of the interesting things that happened with the digital revolution for about a decade is not just photography shifting from a film based medium to a digital based one, but also an increased awareness and knowledge of traditional photographic processes. We’re at an interesting juncture where photography and all its pursuits, and all its facets, and all its purposes are more present at the same time as they’ve ever been. We all carry cameras, and smart phones, with more photo apps than any other apps, everybody’s making photographs in a way that hasn’t been done since the Brownie was around, and photography was the number one hobby in the United States. Because of the web, images are more important than they ever were. What we noticed here at CPW is a greater attention to the construction of the image, a greater awareness about image manipulation, and the subjectivity of the image, and that makes for an exciting time in photography.

CPW’s gallery is open Wednesday through Sunday from 12 noon to 5 p.m.

For more information about CPW, visit